It May Be the Most Important Test of a Childís Life. Most Arenít Getting It.

Alionka Hernandez had a nagging feeling something was different with her 1-year-old son, Diego.

There was his all-too-frequent smile, the way he was so quiet, and how he had spoken ‚Äúmama‚Äù and ‚Äúpapa‚Äù at six months of age ‚Äî and then stopped speaking altogether a few months later.

Time and again, Diego‚Äôs doctor dismissed Hernandez‚Äô concerns. But by the time Diego went in for his 20-month check-up, the Oakland woman was done hearing he was just fine. In tears after that appointment, she begged a nurse at the reception desk to see a different doctor. The sympathetic nurse handed her a bag with programs and pamphlets, including one for a developmental screening and referral program called ‚ÄúHelp Me Grow.‚Äù

Three months later, doctors at the Regional Center of the East Bay (where Help Me Grow had referred her) had diagnosed Diego with autism. Hernandez was in shock and not even clear what autism was, but she also felt intense relief.

‚ÄúI felt depressed, thinking he wouldn‚Äôt be able to do this or that,‚Äù she said. ‚ÄúBut over time, I‚Äôve seen he has so many opportunities.‚Äù

Help Me Grow is a program of the First 5 Association of California, an organization formed in the late 1990s to address the developmental needs of children during the critical early years of life. Launched in Connecticut in 1997, Help Me Grow came to California in 2005 as Help Me Grow Orange County. It‚Äôs now present in approximately 30 counties. Help Me Grow works across the state to ensure specific developmental screenings happen when a child is 9 months, 18 months and 24 or 30 months old, as recommended by health experts.

Typically, developmental screenings are carried out at a doctor‚Äôs office, with parents filling out standardized questionnaires that the pediatrician then reviews. The questionnaires help doctors assess whether children are hitting typical physical, behavioral, speech, cognitive and other milestones. But not all pediatricians use the formal screening tools, and many children fall through the cracks. Children can also miss out on screenings for a variety of reasons, including inadequate access to health care.

Help Me Grow helps fill gaps in the developmental screening system by conducting screenings itself when necessary and connecting parents and children in need to resources and programs that can provide therapy and other services. Some children enter Early Start programs, which provide services to infants and toddlers with disabilities identified very early, including those who have complex medical conditions such as cerebral palsy. 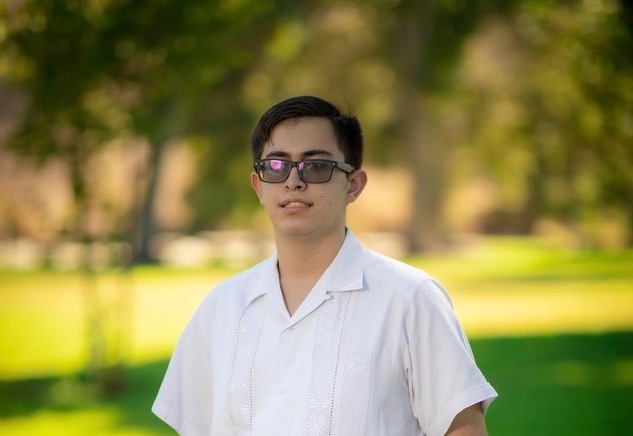 Jair Velasco of Orange was diagnosed with autism at 25 months, thanks to a phone call his mother made to a screening program. Photo courtesy of Gabriela Velasco.

Because there is no uniform reporting system among California‚Äôs patchwork of health care programs and services, it‚Äôs difficult to say with certainty how many children aren‚Äôt being screened.

But statistics suggest the number is dire. According to the federal government‚Äôs third-party state-by-state data collector, only around 1 in 5 California children under 4 had received all three screenings in 2019. The state‚Äôs 21% screening rate was significantly below the national median of 33%.

Regardless of the exact screening rate, experts agree that tens of thousands of California children with developmental delays aren‚Äôt diagnosed until they hit the school system. For children whose delays are detected late, the ramifications can be lifelong. That‚Äôs because interventions such as behavioral, physical and speech therapy are often most effective when started during the toddler years.

Billions of connections are made in a young child‚Äôs brain, spurred by interactions with the world and people around them through touch, sounds, words and song. In fact, research shows between 85 and 90% of brain development occurs before a child turns 3.

When delays are caught early, services can help the child‚Äôs brain make the connections they need. But as children get older, it‚Äôs ‚Äúharder to [support] those brain habits,‚Äù said Heather Little, systems director of First 5.

‚ÄúWe‚Äôre not identifying kids early,‚Äù said Dr. Marti Baum, a pediatrician who is the lead for Help Me Grow in the Inland Empire. As a result, ‚Äúthey‚Äôre not getting services, and that means they‚Äôre already behind before they get started.‚Äù

Why Screening Rates Are Low

There are many reasons screening levels are low: doctors are overburdened, parents don‚Äôt know to bring kids in, families lack transportation or the legal status of the family may make the parents hesitant to seek care. Some families are also financially strapped and focused on basic survival, such as providing food and shelter for their children.

Disparities in screening rates between Black, Latino and white children also play a role. A study released in August by the American Academy of Pediatrics found Black children were diagnosed with autism more than three years after parents expressed concern with their development.

The study noted that 47% of Black children with autism also had an intellectual disability compared to 27% of white children, who were tested and diagnosed much earlier. Structural racism, prejudice, education and income likely play a role in the disparities, the research suggests.

For Carolina Navarro and her son, Eduardo Loza, developmental screening was delayed due to a combination of things. There was the language barrier (Navarro‚Äôs primary language is Spanish), not being heard by her physician (he addressed her concerns about how little her toddler slept by prescribing sleep medicine), and her home in San Bernardino County‚Äôs high desert, which is far from resources.

Eduardo‚Äôs behavior concerned his mom. He slept only four hours a day and would do things repetitively like walk around a table for hours. Though he was speaking before he turned 1 ‚Äîdetailing facts about the solar system and planets ‚Äî it wasn‚Äôt back-and-forth conversation. In fact, Navarro thinks his advanced speech and photographic memory made it harder to get anyone to listen to her concerns that something might be wrong.

When Eduardo turned 14 months, Navarro began aggressively looking for help. It took over a year to get him in to see a sleep specialist because of the wait list, she said. Ultimately it took the involvement of her private insurer, the sleep specialist, a regional clinic and First 5 to get the diagnosis.

After that, Navarro was able to assemble help: behavioral and speech therapists, teachers and other parents to seek advice from. 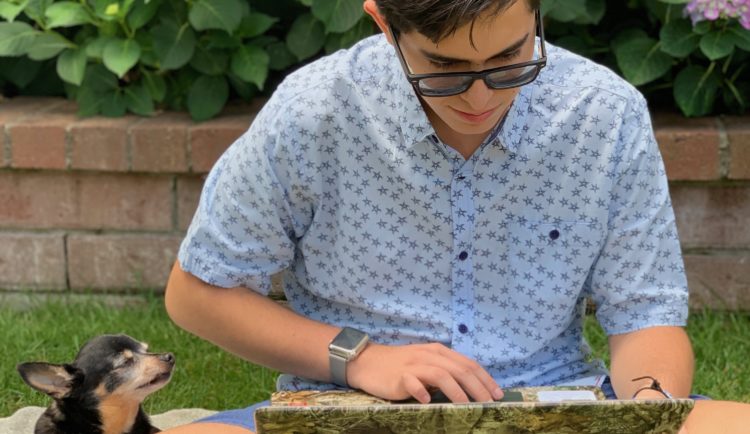 Today, Jair dreams of being an engineer. Photo courtesy of Gabriela Velasco.

A Push for Solutions

There are indications that fewer children have received early developmental screenings in 2020 so far, due to the pandemic. There have been fewer in-person doctors‚Äô visits across the board.

But the effort to get more children screened for developmental delays continues. Having a governor who ‚Äúgets it‚Äù is huge, Little said. Gov. Gavin Newsom, who learned he was dyslexic in fifth grade, has made early childhood care and expanding pre-K education focal policies, though the pandemic slowed those plans. For example, he had to cut $159 million from a planned preschool expansion for 20,000 children.

‚ÄúThe entire administration and who he has appointed has been able to keep a finger on recognition of just how important it is to the long-term economic health of California,‚Äù Little said.

A challenge in expanding Help Me Grow is the way it‚Äôs funded ‚Äî via a tobacco tax, which also supports First 5. Fewer people are smoking, which means ever-dwindling resources.

Sarah Crow, the First 5 Center for Children‚Äôs Policy managing director, said Help Me Grow has become savvier at leveraging partnerships and funding partners who see the value in the work.

First Five would like to see Help Me Grow in each county, although that may not be feasible due to funding constraints.

Baum, the Inland Empire-based doctor, said she wishes she could put a Help Me Grow flyer on every telephone pole in the state. Instead, the organization is working to send home a card with the parents of every newborn printed with a number to call to set up 9, 18, and 24 or 30 month screenings.

Help Me Grow and its partners are also working to streamline the data-collection process for doctors and medical offices, so they can better track developmental screenings. And parent advocates are working in communities across California to get the word out.

Gabriela Velasco of Orange is one of those advocates. Her son, Jair, was diagnosed with autism at 25 months, thanks to a phone call she made to Help Me Grow. At the time, no one took the concerns she had about her son‚Äôs behavior seriously, including her mother.

Now 12 years later, Jair dreams of being an engineer. As a Mommy and Me health educator at MOMS Orange County, Velasco feels blessed to be able to walk other parents through what can be their darkest days. Even her mom, who once dismissed Jair‚Äôs autism, is making public service announcement videos about autism in Spanish.

‚ÄúI want parents to know, never give up because it‚Äôs going to take a village,‚Äù Velasco said. ‚ÄúWe can make it together.‚Äù

Back in Oakland, Alionka Hernandez‚Äôs son Diego is now 9 years old and in fourth grade. He loves to read, draw and film his own movies. He talks about making cartoons when he gets older and teaching swimming lessons for children with disabilities ‚Äî the water has always soothed him, Hernandez said.

‚ÄúI have so much to be grateful for,‚Äù she said.

¬ÝThis story was produced in partnership with the California Health Report. 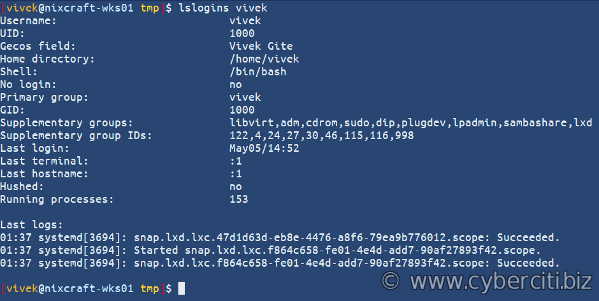 ls* Commands Are Even More Useful Than You May Have Thought

How to use df command in Linux / Unix {with examples} He-Man Returns to Netflix in July with 'Masters of the Universe: Revelation' Motorola Wants to Really Take the Wires out of Wireless Charging How to Edit and Crop Photos on Android

How to scan for WordPress vulnerabilities with WPScan

How to Use Outline View in Microsoft Word Google Ads Is Changing Its Keyword Matches. How Will That Affect Your Ad Program? 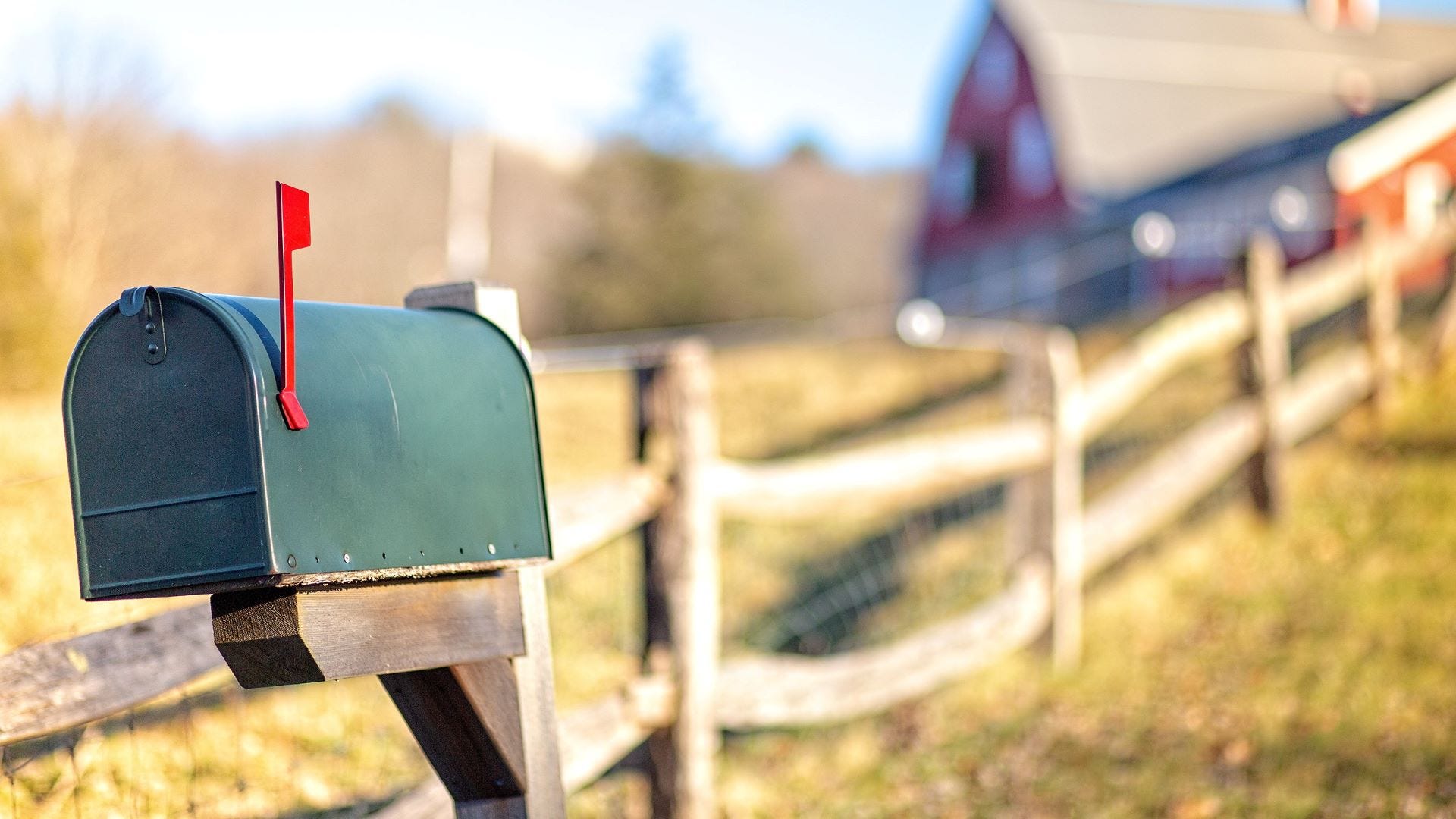 Here's Why You Might Find a Dryer Sheet in Your Mailbox

How to Resize or Reduce Photo Size on Mac

How to Take an iPhone Screenshot without Buttons Lenovo's Latest Accessories Are for Productivity on the Go

How to Create Multiple Folders at Once in Windows 10